UNESCO will collaborate with the OERu and the International Council for Open and Distance Education (ICDE) to promote the delivery of five OER-based online micro-courses. Consistent with the UNESCO OER Recommendation, adopted by member states at the 40th General Conference in November 2019, these courses can be accessed for free.

OER (Open Educational Resources) are defined by UNESCO as learning, teaching, and research materials in any format and medium that reside in the public domain or under copyright but released under an open license that permits no-cost access, re-use, re-purpose, adaptation, and redistribution by others.

UNESCO coined the term “OER” in 2002, inspired by the vision that educational materials funded by public money should be released under open copyright licenses, to widen access to educational opportunities for all, and to support the sustainable sharing of knowledge around the world.

This initiative will support the framework of UNESCO’s Dynamic OER Coalition, launched in Paris on 2 March 2020, to promote international cooperation in implementing the OER Recommendation. The first of five objectives of this landmark international recommendation calls on member states and organisations to build the capacity of stakeholders to create, access, use, adapt, and redistribute OER.

“We are pleased to respond with concrete actions for capacity development in OER using a model of international cooperation envisaged under the framework of the Dynamic OER Coalition” said Ms Zeynep Varoglu from UNESCO’s Communication and Information Sector.

The initiative has earmarked the following five OER-enabled micro-courses which will be co-branded to promote capacity development for stakeholders:

As a global membership organisation, the ICDE has members and partner associations in numerous global regions.

“Our organisation has a strong track record advocating for and promoting OER development in multiple languages” said Torunn Gjelsvik, Secretary General of ICDE. “The Francophone working group on OER, established in partnership between ICDE, The French Ministry of Education, The French Thematic University, and virtual universities of Francophone Africa, including institutions from the Republic of Congo, Senegal, and Mali, provides a solid platform to initiate a pilot of French alternatives for capacity development.”

As institutions prepare for the challenges of a post COVID-19 world, the New Zealand National Commission for UNESCO has provided funding support to the OER Foundation to provide open source web-conferencing capabilities – using BigBlueButton – to allow volunteer facilitators around the world to provide synchronous guidance and support for learners undertaking these courses.

“We are delighted to provide this support enabling New Zealand’s UNESCO / ICDE Chair in OER, hosted at the OER Foundation and Otago Polytechnic in Dunedin, to widen access to online capacity development on a global scale” said Vicki Soanes, Secretary General of the National Commission.

This initiative will also provide learners with free access to a test allowing them to gain the Certificate of Competency in Copyright and Creative Commons Licensing from the OERu.

About the UNESCO Dynamic OER Coalition

The Dynamic OER Coalition, launched by UNESCO on 2 March 2020, was established to support the implementation of the UNESCO OER Recommendation. It is composed of  experts from Member States, with a focus on UNESCO National Commissions, IGOs, UNESCO Category 2 Centres, specialised institutions, civil society, and the private sector.

The International Council for Open and Distance Education (ICDE) is an NGO, founded in 1938 as a global association for promoting inclusive, affordable access to quality education. The ICDE is partly funded by a grant from the Government of Norway and is hosted in Oslo. ICDE has consultative status with UNESCO, and has been formally affiliated to UNESCO since 1967.

About the New Zealand National Commission for UNESCO

Our role is to fulfil New Zealand’s obligations as a UNESCO Member State by supporting UNESCO’s vision, goals, and programmes within the context of New Zealand and the Pacific, and by helping to set the direction of the global UNESCO programme and policies in line with New Zealand priorities and values. 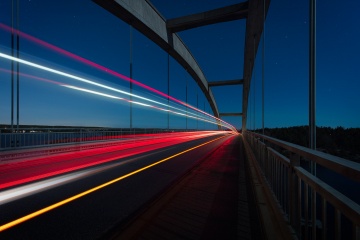 The Commonwealth of Learning (COL) commissioned the OER Foundation (OERF) to deploy its open digital infrastructure to host a growing inventory of OER-enabled online courses for the Pacific Partnership for Open, Distance and Flexible Learning, Read more… 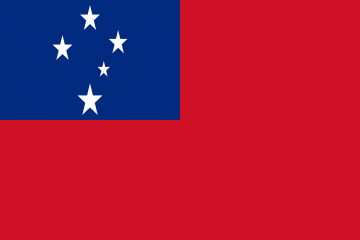 During 2022, the OER Foundation supported capacity development of staff at the Samoan Ministry of Education, Sports and Culture (MESC) to establish and maintain their own instance of the OER Foundation’s award winning Free and Read more…